For technical reasons, the workshop will held at EGO (Cascina, Italy) at the same dates.

A gravitational-wave (GW) experiment called the Lunar Surface Gravimeter (LSG) was deployed on the Moon in 1972 by the Apollo 17 crew. Its function was to observe vibrations of the Moon caused by passing GWs. The development of this experiment was led by Joseph Weber who is considered the founding father of experimental GW detection with his invention of resonant-bar GW detectors. A design flaw greatly limited the scientific scope of the LSG, and it was not possible to observe GWs (a detection would have been highly unlikely even with a working experiment). Still, the idea remains intriguing since it is well-known from Apollo seismic data that the Moon is an exceptionally quiet place providing ideal conditions for the search of GWs.

The renewed interest in lunar exploration as evidenced by NASA’s Artemis program and its commercial payload services, ESA’s commitment to the European Large Logistics Lander, and China’s Chang’e missions opens new opportunities also for ambitious lunar science missions. Gravitational-wave physics is also among the main themes of ESA's Voyage 2050 report.  Recently, three teams independently proposed lunar GW detector concepts: The Gravitational-Wave Lunar Observatory for Cosmology (GLOC) the Lunar Gravitational-Wave Antenna (LGWA), and the Lunar Seismic and Gravitational Antenna (LSGA). GLOC is a laser-interferometric concept and therefore lies technologically close to the currently operating ground-based GW detectors. LGWA and LSGA exploit the response of the Moon to GWs. LGWA foresees the use of seismometers to monitor surface vibrations caused by GWs, while LSGA foresees the use of optical fibers.

The workshop will provide a forum to discuss the potential of lunar GW detectors to produce breakthrough science and for the development of revolutionary lunar and planetary exploration technologies. Its goal is to bring together supporters of the lunar GW detector concepts with leaders of the GW community, lunar exploration, and planetary science for an open discussion of technological risks and scientific opportunities. Round table discussions will be organized about possible synergies with other proposed and approved future GW detectors like Einstein Telescope, Cosmic Explorer, and LISA. 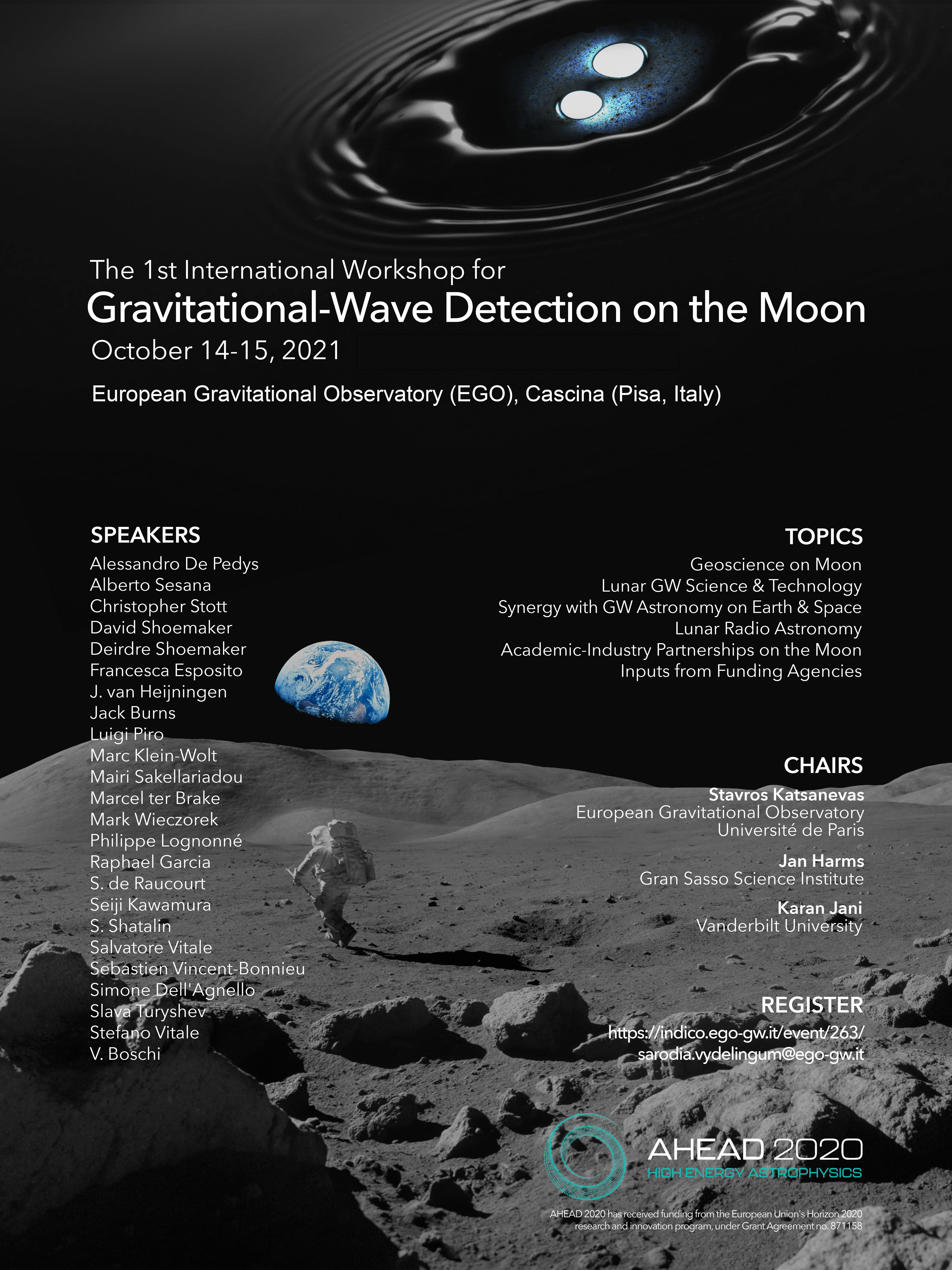